Stock markets took a beating during the first two months of this year and the first half of March, one of the biggest pullbacks together with the 2008 global financial crash. One of the main reasons for this dramatic retreat was central banks turning hawkish. Inflation was surging during 2021 across the world apart from China and so far this year the situation has become worse, as prices keep increasing at an enormous pace.

This has forced central banks to bring and end the QE stimulus programs and start increasing interest rates. Some of the cash that has been spent during these programs has spilled into stock markets, so now that it is drying up the sentiment has turned negative and stocks retreated until a week ago, particularly tech stocks.

The other reason which hurt the risk feeling around the world was the conflict in Ukraine. The sanctions on Russian oil by the US sent the sentiment diving, particularly in Europe where investor sentiment has turned negative, accelerating the decline in the main indices earlier this month. But, it seems like things might calm down, so the sentiment has improved and stock markets are reversing higher.

S&P500 is now facing MAs as resistance above

S&P500 has climbed from a low of $4,100 points to 4,460 points, although now it has to take out moving averages, which were keeping it supported during the bullish period on the daily chart. Now, this index is moving above the 200 SMA (purple) and most importantly the 50 SMA (yellow) which have acted as support before.

Although, central banks are still tightening and probably faster, as inflation keeps surging. Last week, the FED decided to start hiking by 0.25% and expectations are for plenty of more hikes after the statement and Powell’s speech.

The FED hiked from 0.25% to 0.50% although, the main takeaway from the Fed decision was 7 hikes in the dot plot for this year versus about 5 that most economists were flagging. That led to a push higher in front-end rates initially and a 60% implied probability of a 50 bps hike in May at the next meeting.

But the USD started turning lower as Powell started to speak. I can’t tie that move to anything he said. Perhaps there were some looking for a clear nod to 50 bps or a faster pace of hikes but I find that thinking to be a stretch. More likely is that it was a reversion to the earlier theme and reveals that dip buyers have been waiting for the FED risk to pass. We’ve seen that before but it will take through the week to sort out whether it’s real or a temporary blip. 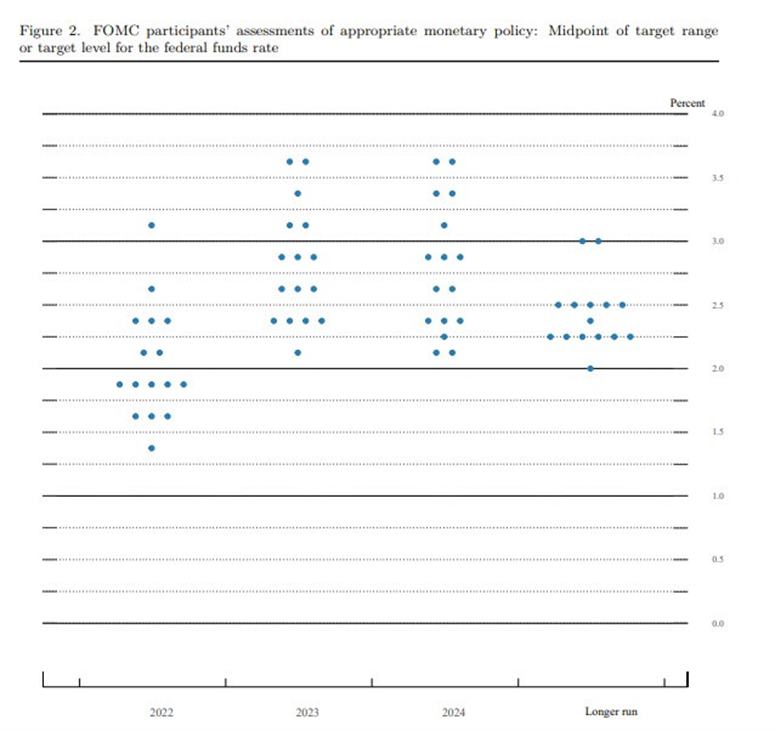 The Dot Plot in December showed: 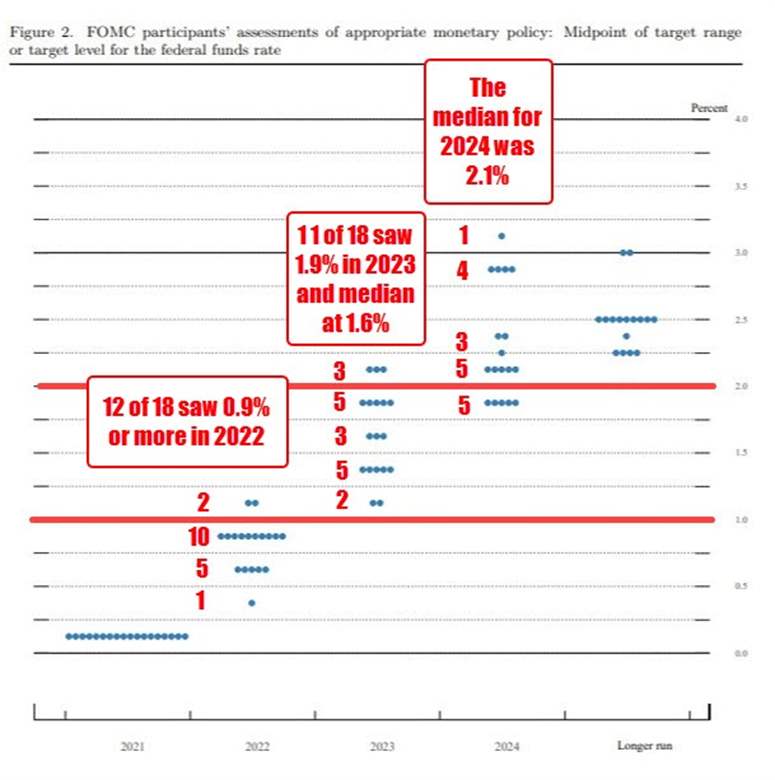 The Dot Plot from December 2021

The table of the central tendencies from March 2022 now shows:

Summary of central tendencies from March compared to December now shows for 2022: